I was featured at Funky Junk Interiors!

okay, i started today feeling really down. i had a tough time motivating myself off the couch, but i did and i feel much better now! i went out back and started to dismantle the pallets i had left. then hubby came and saw what i was up to and offered his stronger hands...thank goodness.

i saw a bench recently at funky junk interiors and thought it would be awesome in my yard so that was my inspiration.

the first step (after dismantling) was to build the frame the only wood we used was directly from the pallets so we approximated the measurements and used screws to hold it together. also, the only tool we have at the moment is an antique had saw, so we were sweating up a storm! 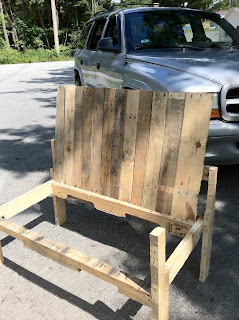 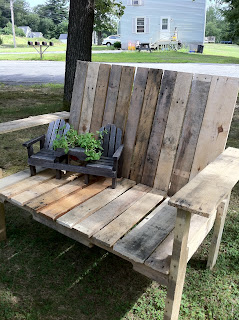 i think it came out super cute and added two more seats to our yard which has been desperately needed. lately we have been dragging kitchen chairs out when we have company!! 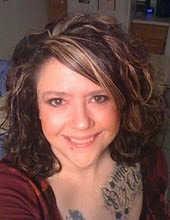